As stated in many creation stories there are recurring basic elements. That there is an aspect of chaos and in many instances that chaos is associated with water, the ocean, the site I believe of the impacting asteroid. We are told in many myths that the sky or heaven separated from the earth or another sense is that ‘Earth Mother’ goddess separated from ‘Sky Father’ god. This description of creation gender separation derives I believe from the impact, visual eruption circumstances I have outlined. That in the initial eruption sequence a woman, ‘Mother Goddess’ form is sighted. As her form dissipates the erupting, ever rising blast cloud then takes on the form of a mushroom cloud which to some ancients looked like a ‘phallus shape’ erecting into the heavens. From these visual circumstances the phallus mushroom cloud form was imagined to ‘have split, separate’ from the woman, Mother Goddess form below. The ‘Mother Goddess’ eruption blast form was therefore imagined to be tied to the earth, an ‘Earth Mother’ and her husband, the phallus shaped mushroom cloud that had risen up high into the heavens was imagined then to be a Father ‘Sky god’.

This separation of male and female elements, derived from this asteroid impact, eruption spectacle, set the stage for the later introduction of a mythic plethora of sons and daughters to be added to the initial creation event and the establishment of family pantheons of divinities. In a sense mythology to the ancients was like the genre of Science Fiction is to modern mankind. Wonderfully invented, entertaining writing but loosely based on real scientific principles and the real scientific principle behind such ancient mythologies, its invented deities, was a large asteroid impact event. 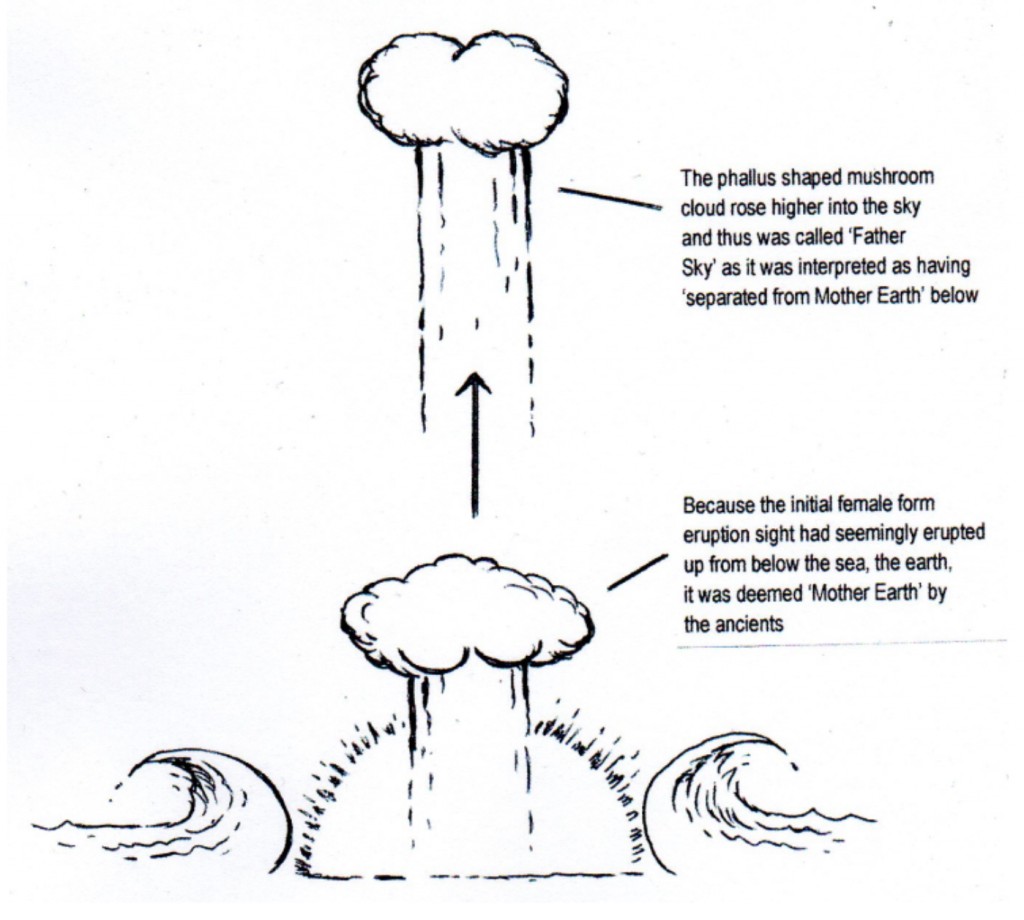