Another major religious, mythological icon of the past is the Tree of Life found in many cultures and especially so in Mesopotamian religion and mythology. I believe the Tree of life in religion is a metaphoric image of the eruption mushroom cloud from that near past asteroid impact event. Below are pictures of nuclear bomb eruptions and their familiar mushroom cloud eruption shapes. 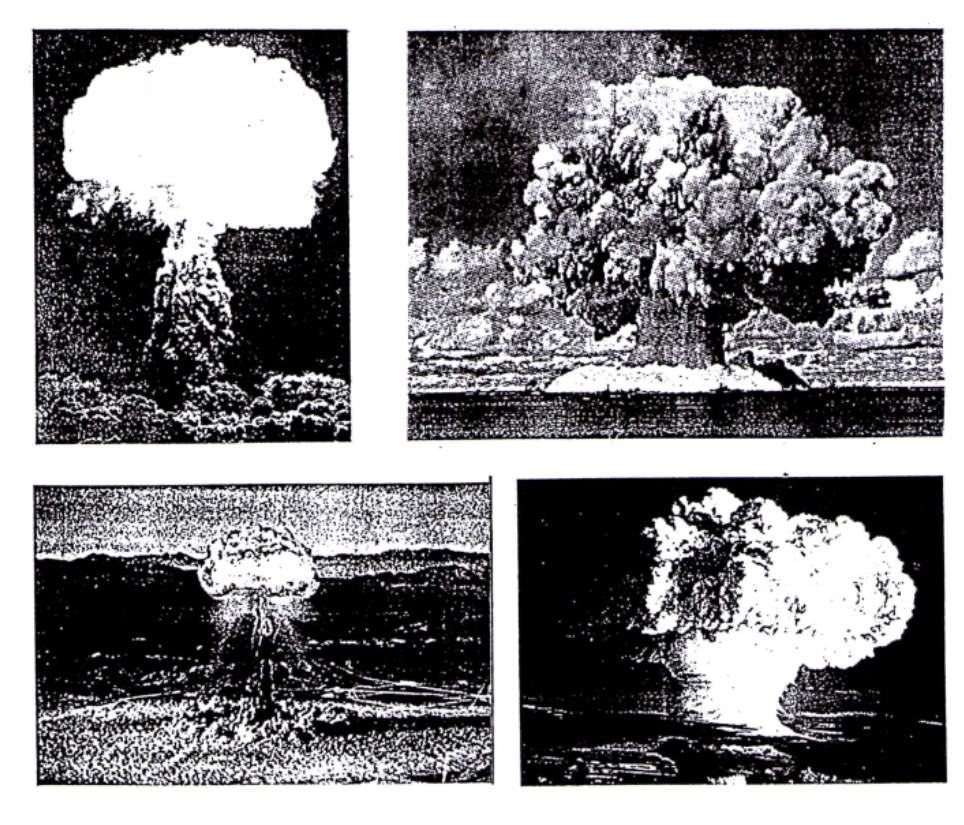 It is apparent that eruption cloud imagery above could be mis-imagined as a ‘tree’ by ancients who were not familiar, as modern man is, with large mushroom cloud eruption spectacles. That because this particular ‘tree’ (actually mushroom cloud) erupted suddenly, ‘sprouting’ as it were rapidly into the sky, it was naturally enough mis-imagined by the ancients as a very extremely ‘fertile tree’, a tree that must have been to their way of thinking, embued with extraordinary vitally to grow so fast before their eyes, so it was deemed by them to be a ‘Tree of Life’. In Western culture the most famous allusion to a Tree of Life image is found in Genesis in the Bible where it is called the ‘Tree of the knowledge of Good and Evil ‘, aligned with Adam and Eve and most significantly aligned with a snake. As reiterated the weaving smoke trail of the incoming asteroid was mis-imagined as a snake, serpent. That being the case the snake in this story is the asteroid smoke trail and therefore corroborates that the ‘tree’ in this story is the mushroom cloud image that ‘sprouted into the air’ after the snake (smoke trail) ‘had reached down to the ground’ and the asteroid had exploded.

Depictions of the Tree of Life are often accompanied by images of bulls flanking them and as reiterated bulls were chosen by the ancients as animal ‘butting’ metaphors to indicate the immense earthshock experienced when the meteor impacted. That being the case if the bulls indicate the impact groundshock then the ‘tree of life’ image they flank represents the tree-like mushroom cloud that erupted up into the air after the impact took place. The placement by the ancients of both bull and tree together contextually corroborates their visual impact relationship with each other. 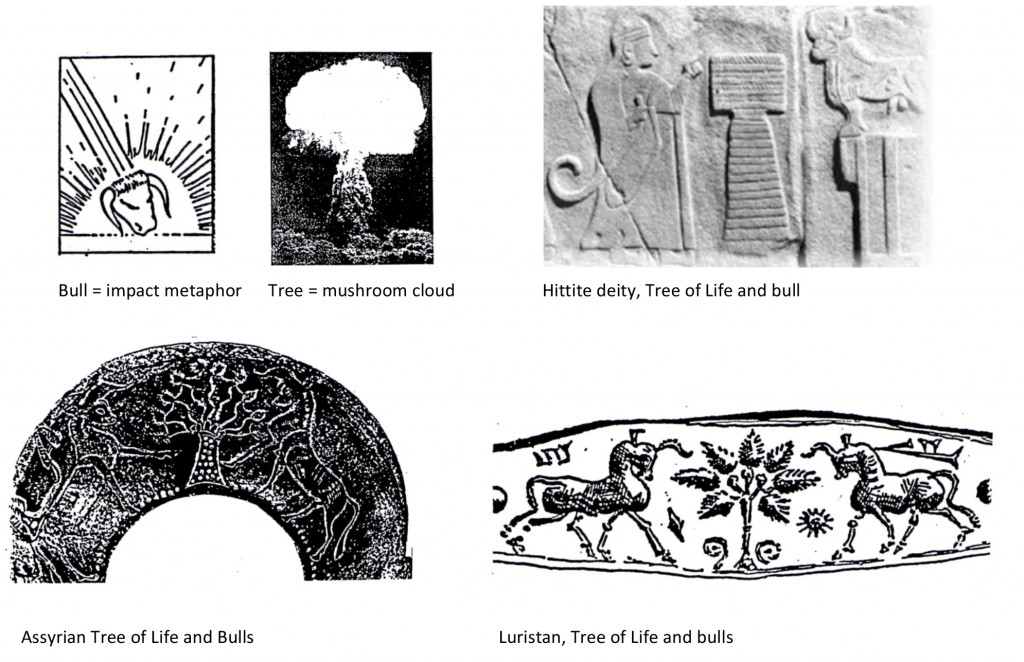 The previously exampled Assyrian image below showing ‘winged bulls’, an imagery metaphor for the bull (asteroid) ‘flying down from the sky to butt the earth’, stand flanking a Tree of Life. In this particular case the ancient artists have not used a stylised tree image to represent the eruption mushroom cloud but instead have reverted back to using an old rock art image showing the eruption sight schematised to resemble a ‘drooping armed‘ figure form, a figure shape which as shown was also used as the template form of depictions of deities Baal-Hadad and Yahweh.